Here you can view archive videos and download various tracks, including contributions to the Touch Samplers which are now out of print.

Below you can listen to various tracks, including contributions to the Touch Samplers which are now out of print.

The Dawn Chrorus from BBC Tyne

The fall had ruptured his spleen. It took the Land Rover nearly seven hours to reach the George lV hotel, they were desperate, but to late… The feast took place and later the musicians played on the very roof where Nickifi had last spoken to the traitor Dris before he was murdered by the daughters of The Magrha. Friday 13th Sept. 1996. Ouarzazate, Morocco, from Touch Sampler 00 [Touch # T_ZERO_0, 2000]

“A Celebration” from Touch Sampler 00 by Chris Watson. Released in 2000.

…A small swarm of bees are disturbed and gather around the boy’s head – King Lalibela is discovered” from Touch Sampler 3 [Touch # T_ZERO_3, 1998]

Out of Our Sight

Motionless anticipation, along the dry sandy banks of the Zambesi a Mozambique nightjar is sucking in all the remaining light from Touch Sampler 2 [Touch # T_ZERO_2, 1997]

The mouth of a sea cave below Tarbet Gulley where the siren songs of Cromarty, Forth & Tyne ebb and flow with the swell.

3 pairs of headphones were shared by the group

0340 got up, cuppa tea
0410 on the road
0515 arr. Holystone
while setting up we heard several tawny owls singing, very clear and close
0610 recording commenced with quiet pre-dawn atmospheres – light snow drifted off branches onto dry leaf litter. Superb acoustic conditions and low ambient noise provided Chris with the best recordings of this type in deciduous winter woodland he has yet made
0715 derigged and relocated

In the car park, Jana practised using a Telinga “Science” parabloic reflector on a range of birds including chaffinch and coal tit in the coniferous woodland bordering the car park.

Then after relocating to the Northumberland Wildlife Trust Reserve, a mixed coniferous and deciduous woodland in the valley of Holystone burn, in bright sunshine, now calm, colder, but superbly clear conditions. We located a hairy wood ant’s nest after some alarm that our initial nest sites had been destroyed by forestry logging operations, and we carefully inserted 2 Dolphin Ear Pro hydrophones into the nest, approximately 20 cms into the main body of the nest on the south-facing side.

The nest was completely covered in snow and apparently inactive. We returned 15 minutes later to allow settlement and expecting more activity as the sun shone directly onto the nest. Listening revealed surprising levels of activity, despite the cold, but there were no visible signs of the occupants of the nest!

Conclusion: although the activity sounded close, further listening seemed to indicate that the ants were deeper underground that we thought, after a protracted period of cold. They were not near the surface as first thought. 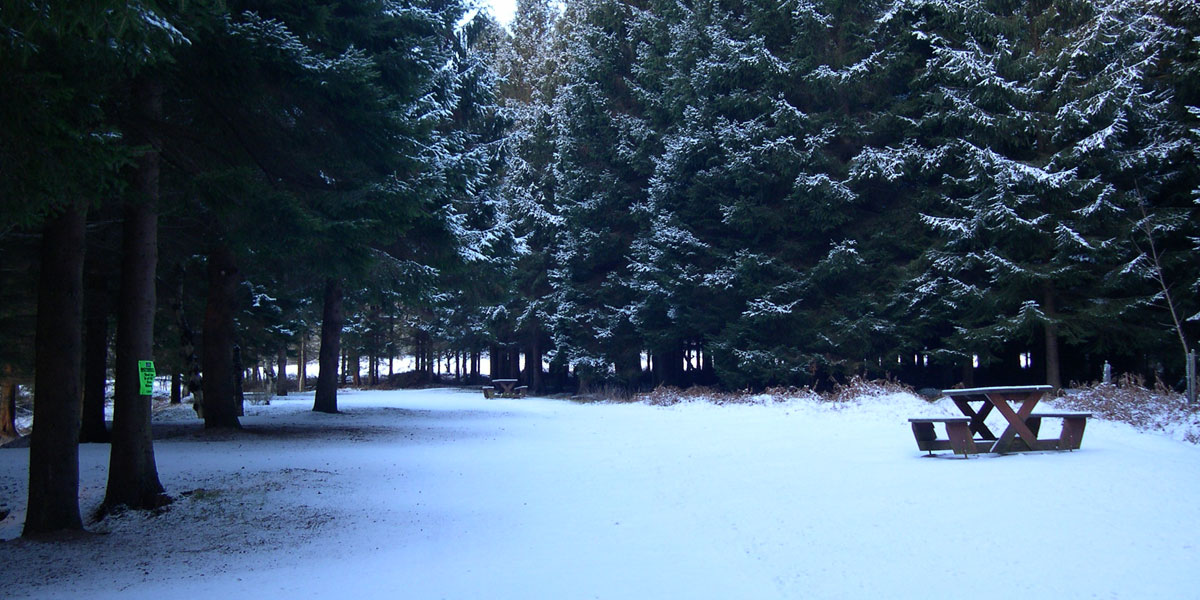 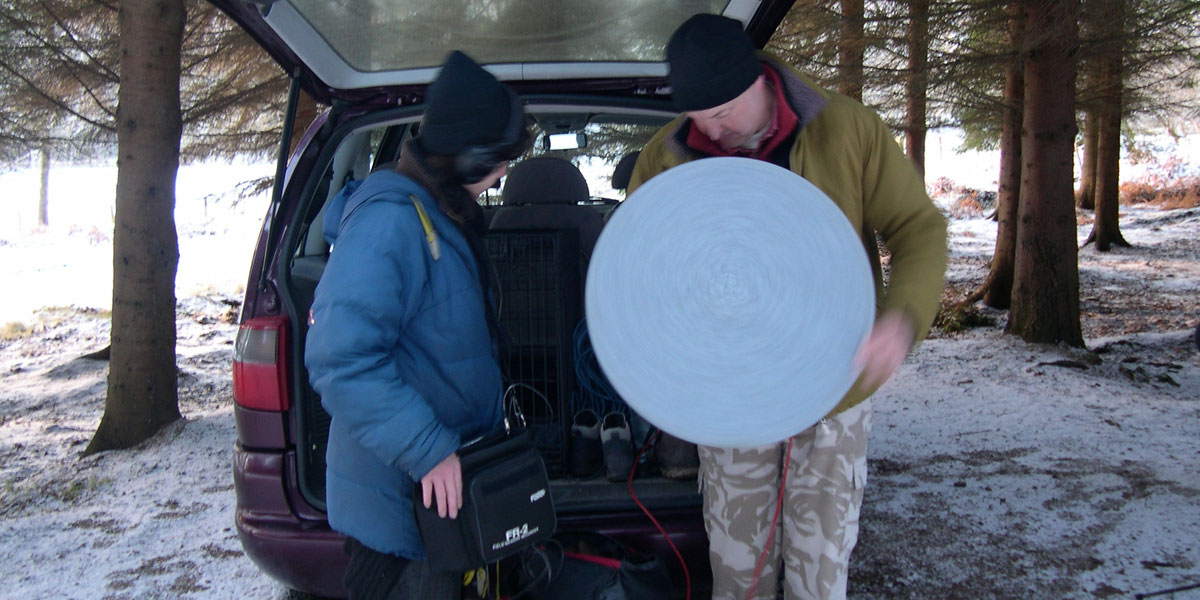 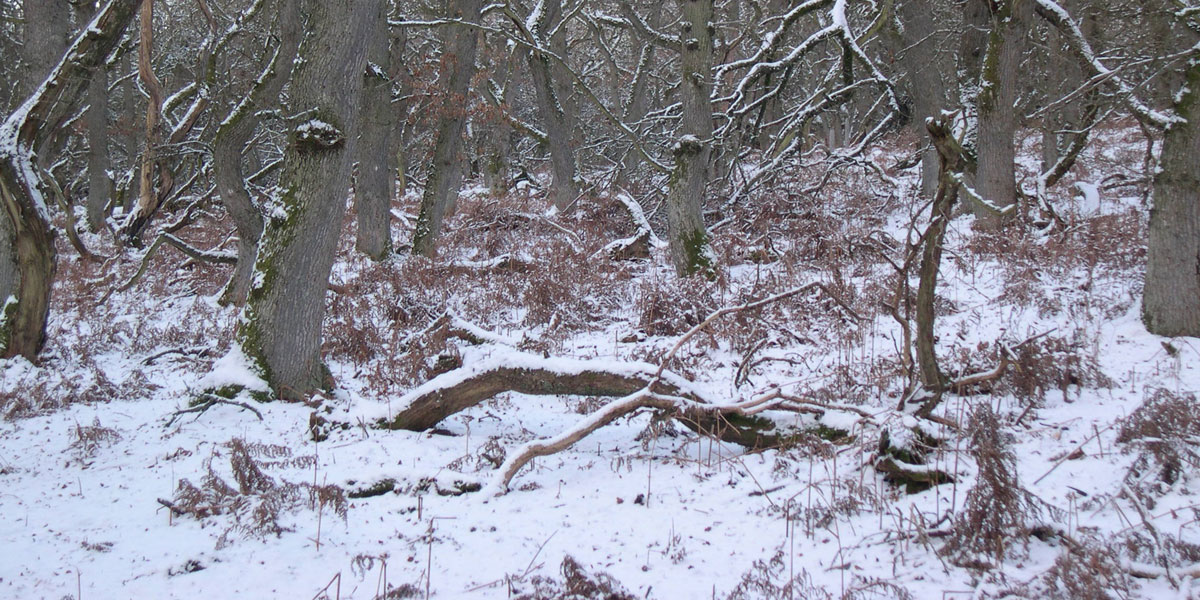 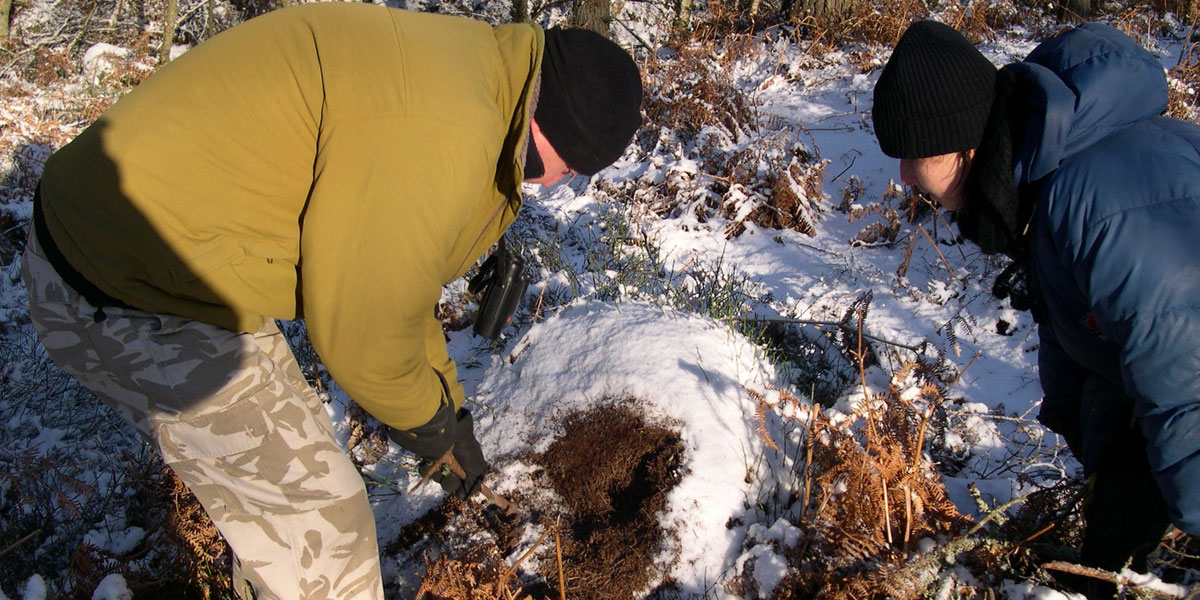 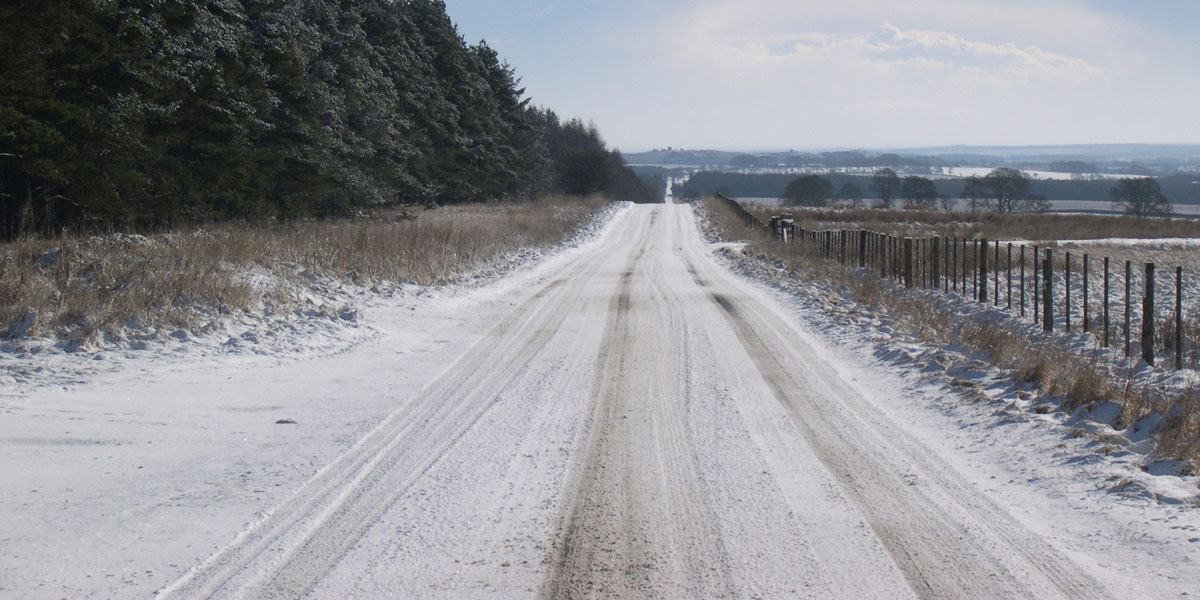 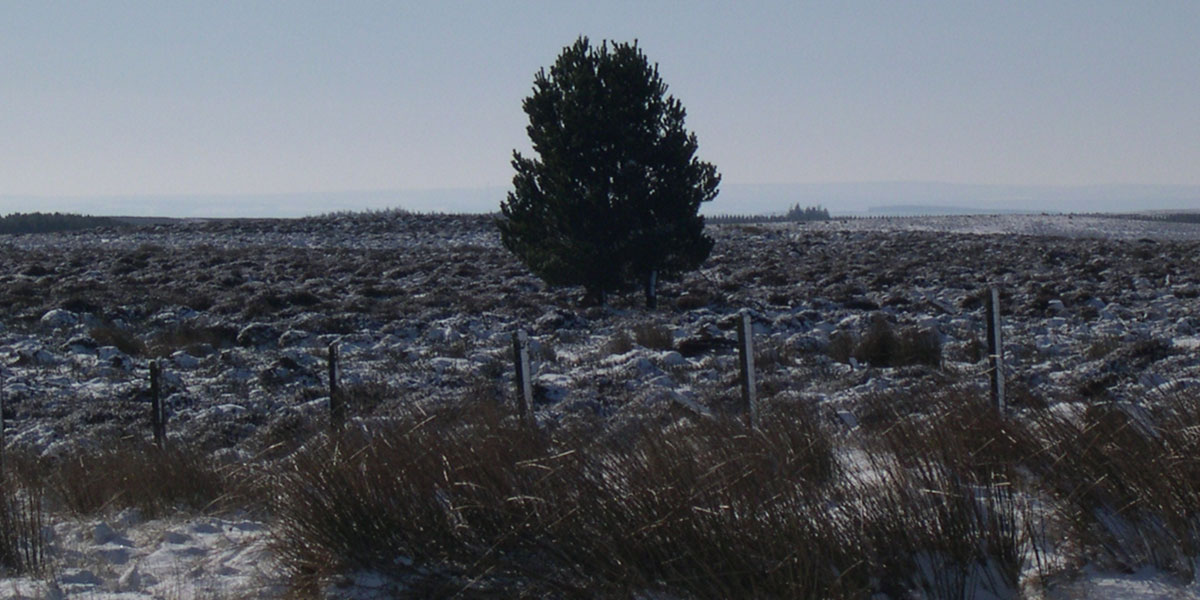