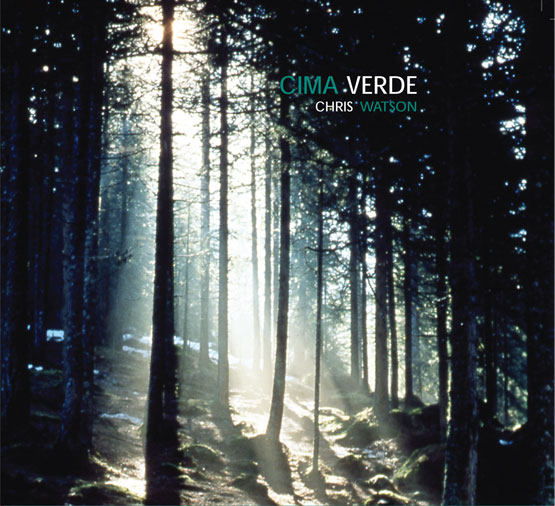 A new CD is being released in Italy to coincide with the Sound Threshold project, curated by Daniela Cascella and Lucia Farinati in Trentino as a parallel event to Manifesta 7, the European Biennial of Contemporary Art. [A press release about this event can be downloaded here]

Following a period of residence at Monte Bondone and Paneveggio Park, Chris Watson has been invited to explore the acoustic phenomena of Trentino and capture the atmospheres and sounds of the alpine environment. A series of sound recordings made in situ, resulting in the CD Cima Verde, present the soundscapes uncovered by Watson, which capture the change in seasons from winter to spring, the different degrees of altitude, the reawakening of sounds on the cusp between night and day and the alternating and mixing of audio signals that characterise different natural habitats. Cima Verde, co-produced by Fondazione Edmund Mach and LoL Productions, will be launched on Wednesday 16 July 2008 at CEALP, and is the first project commissioned to Watson by an Italian organisation. Cima Verde is also the title of the surround sound installation, created from the recordings gathered during Watson’s residency at CEALP for Sound Threshold, which will be presented at MANIFESTA 7 from 19 July to 2 November. The installation will be part of Auditory Epode, curated by Adam Budak with Tobi Maier (Manifattura Tabacchi, piazza della Manifattura 1, Rovereto, every day from 10 am to 7 pm, Fridays till 9 pm www.manifesta7.it).

[NB – this is not a Touch release, and we took no part in the design or production of this CD. The recordings were commissioned for Manifesta 7 and edited by Chris during the festival.]

“Dosso D’Abramo, Cornetto and Cima Verde. Above the three peaks of Monte Bondone there is air in motion; ice crystals, water vapour and changing pressure mix and merge into an annual dance across a deep blue sky.

This is sound into light.

Down alpine slopes, across high pastures and into the forests a frozen mountain of sound thaws out from a mono bloc and into an ordered seven stage descent through 3000m of unique acoustic habitats. Shapes and music, rhythm and sound, a series of ritual performances for animal ears.”

1: Air in Motion At 3000m and -25C, a gathering of elements in a place where we cannot tread.
2: Cima Verde Deep jumbled chords snatched from the summit by passing ravens.
3: Bucaneve A snow field melting out into a high pasture sound stage for a blackgrouse performance.
4: Aguane Passing voices… [thanks to Pascal Wyse for contributing ‘Water voices from Paneveggio’]
5: Scanuppia At 0400h this morning Renato, Silvia and I walked quietly into this high forest, it was very dark within. By dim torch light Renato skilfully picked our route across the steep slopes to avoid noisy steps on the remaining patches of ice and snow. 0500h and pale greyness through the canopy of spruce trees by the time we pressed up against the trunks to conceal ourselves and await the capercallie leks. Five spirits of the forest dancing in small clearings all around.
6: Le Crone Daniela, Lucia and I listen and wait. It’s 0430h and way off, through the birches and limes, tawny owls signal a change and over the next ninety minutes we hear the darkness change into light. Unseen songs spilling out of the woodland, a chorus of resident birds now in harmony with African migrants.
7: Valle dei Venti Michele met Pascal and I in Vezzano and then drove us through the darkness down remote tracks alongside orchards and vineyards to places where from his memory and experience we might find that one very particular sound. Times of stopping and listening. Finally in the small hours and with a background of rural activity the clear silver song of a nightingale recently arrived from it’s long flight and hidden in deep cover. A nocturnal solo soon enveloped within the ambient dawn chorus.
[Chris Watson 16th May 2008]